Mohammad Hafeez has no problems with Pakistan being known as “unpredictable”, saying he “loves” the tag that is so often applied to the team.

Q. Have you had a chance to look at the surface out there? They use different pitches here for the matches. And how do you think it might go tomorrow?
MOHAMMAD HAFEEZ: Well, first of all, we believe as a team we are ready and crystal clear when it comes to preparation, when it comes to the role. And the situation is very clear in front of us – like we have to win the game because rest of the things is just irrelevant because, once you are clear, then all things will come into place.

So we are ready. We know like this is a game we all want to win and want to go through to the semis.

Yes, we saw a little bit of the conditions. We had a couple of sessions here, and we very much prepared for that.

Q. Everything went wrong in the first game. Everything sort of went right in the second game. What changes did you make? Or was there a little bit of luck that the ball started reverse swinging? Or was it you got earlier wickets? What actually happened in the second game to have such a change around?
MOHAMMAD HAFEEZ: To be honest, I’m always a fan of that tag, even by many, as unpredictable team, so I’m very happy with that, and that’s what you can see. As a team, we’re always very aggressive.

Yes, we had some of the days which were not nice, and I think the first game was one of those where we all tried our level best but things didn’t work for us. And the next game, like it was a total different team effort, and that’s what I believe. As a team, we are always like that, and I love that tag always.

Q. Would reaching the semi-final give you and the team belief that it’s heading in the right direction, that maybe you’ve turned the corner in one-day cricket?
MOHAMMAD HAFEEZ: Well, to be honest, I think it’s an achievement. Everyone wanted to go there, wanted to do well in this competition, but still I believe, and we believe as a team, we are moving towards the right direction. We know the rules. We know, as a team, we are gelling together. We’re doing what the job on our hands is.

It would be great to achieve that and going forward in this tournament, but still I think we, as a team, are gelling together and doing the role what is required for the Pakistan cricket.

Q. You said that you love the tag of being unpredictable as a team. Why is that?
MOHAMMAD HAFEEZ: It’s my personal opinion. I believe like the first time it’s been given to the Pakistan team was when we won the World Cup 1992. If you see the history of Pakistan cricket from there till now, we’re always unpredictable. We have the talent, but still you never know when it comes. That’s something like always opposition think about it. They never take us light. They never think, like, we can take them on.

At the same time, yes, being consistent is always like something we always work on it, and we wanted to be consistent enough to get in the right frame of mind always as a team. I think in this team — it’s a new team, but I still think we as a team are ready to take all the challenges coming ahead of us.

Q. Just on your bowling form, you obviously spent a lot of the time out of the game not bowling that much, and now you’re back. How good was it for you to just get through that many overs and also do quite well so much of the time? It must have been a huge boon for you.
MOHAMMAD HAFEEZ: Yes, personally, I was missing that part of the time because that was something that I really wanted to do whenever I played cricket. The missing part was just release, and I’m really happy to do that job also for the team. I feel myself enjoying more in the ground, and also it is working for the team. That is always great. 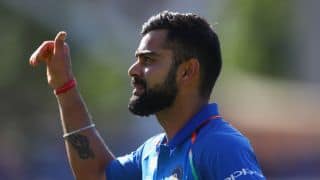 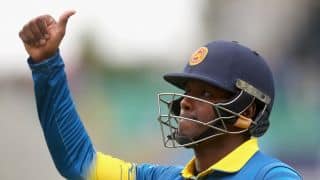