Australian all-rounder Shane Watson spoke to CA TV as to how much depth his side have ahead of the ICC World T20 clash against Pakistan and maintained that they had the necessary firepower to win the tournament.

Watson praised his bowlers, Mitchell Starc and Brad Hogg in particular and said that they were some of the best bowlers in T20 cricket.

Watson also added that the Australians were preparing well for the tournament and said that they needed to prove their mettle in world cricket’s big stages.

Plus other players like David Warner, who will be playing his third T20 World Cup chipped in by saying that it would be a challenge Australia would have to step up to and was optimistic of their chances in the tournament. 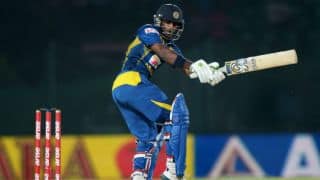