If we do well in all three departments, we can definitely beat New Zealand: Dimuth Karunaratne

If we do well in all three departments, we can definitely beat New Zealand: Dimuth Karunaratne

Sri Lanka, who have not been enjoying a good ODI record in recent times, will be keen to start their World Cup 2019 campaign with a win over New Zealand.

New Sri Lanka skipper Dimuth Karunaratne said his struggling side has received timely advice from former greats including Kumar Sangakkara ahead of their World Cup opener against New Zealand in Cardiff on Saturday.

They are ranked ninth among the ten teams competing here in England and Wales, have been whitewashed 5-0 four times in three years. They called up Karunaratne to skipper the side, despite the opener not playing an ODI for his country in four years.

But the likes of Arjuna Ranatunga captain of the 1996 champions and Kumar Sangakkara have given this squad their backing. (ALSO READ: Cricket World Cup 2019: New Zealand meet Sri Lanka in Cardiff, an unfamiliar setting for unfamiliar teams)

Sanga came and gave us some words of advice which was really helpful, he did really well in the last World Cup so it was useful to hear how he prepared, mentally and everything else, he said here on Friday. 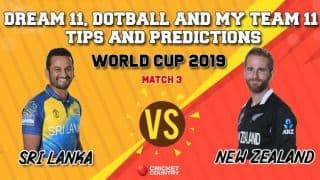 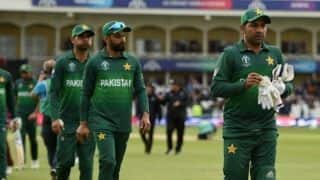