India though aren t the only team with middle-order woes. West Indies have been constantly bogged down by the failure of their. Against New Zealand, three top-order batsmen combined for two runs and the other three accounted for 242. Against a formidable bowling attack like India s, West Indies batsmen have a mountain to climb.

Weather: Cool and breezy conditions with the odd spell of shower expected

Based on India s optional practice session, there looks to be no change in India s top order, with Vijay Shankar likely to stick to No. 4. Bhuvneshwar Kumar was back in the nets and bowled for half an hour before leaving the indoor nets. Although he looked good, as per BCCI sources, Bhuvneshwar might be offered further rest to heal completely and Mohammed Shami, following his match-winning hat-trick, is expected to continue. Ravindra Jadeja also had a go in the nets and playing him ahead of either of the two spinners is an option India may consider considering West Indies frailty in batting.

Evin Lewis was given throwdowns by Mushtaq Ahmed and seems to have recovered. He is most effective at the top so it is likely that he opens with Gayle. Andre Russell s ruling out has ensured Carlos Brathwaite a permanent place. Who could even have left him out after his previous knock? Kemar Roach has had decent success against India and West Indies shouldn t leave him out. Oshane Thomas has leaked runs in the previous two games and replacing him with Shannon Gabriel may not be a bad option. 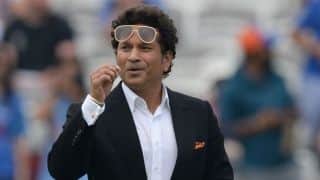 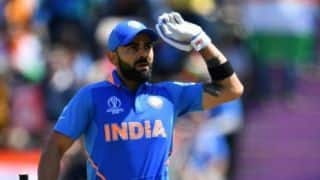