India tour of England 2014: Alastair Cook vows to bounce back

India tour of England 2014: Alastair Cook vows to bounce back

England have been losing more often than not in the last couple of months.

This is a video in which England skipper Alastair Cook says that they will fight hard to bounce back from their 95-run defeat at Lord’s against India, with the third Test of the five-match Investec series beginning in Southampton on Sunday.

They have been losing more often than not in the last couple of months. Their side is in a rebuilding phase and not much can be expected from a mixed bunch of young as well as experienced players. The teams that are in such as phase are generally left out; they are not expected to win everything. But at the same time, they are not expected to lose everything either. This is where the problem lies for England.

The way England went about their job was questionable – especially their tactics on the final day with the bat. India did not have too many runs to protect after the stubborn stand between Moeen Ali and Joe Root, but they were ready to take risks. India targeted the struggling Matt Prior with a barrage of short balls and the batsman gave in. Much to the surprise of many in the England camp, the stroke on which Root got out wasn’t a responsible one either. England have a lot to consider and many shortcomings to address. 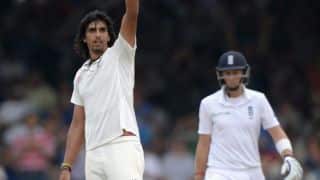