Ian Bell believes the “hard work starts now” for England as the team look to build on their emphatic win at The Ageas Bowl against India and take confidence into the fourth Investec Test match against India at Emirates Old Trafford. The series is currently level at 1-1.  England side looks settled with Liam Plunkett being the only injury concern and Steve Finn looks set to play the fourth Test in his place.

It was clinical performance from them in the third Test winning every session in the five days. But they will have to guard against complacency as India are no strangers to the weak links in the revamped side. The most positive sign of the win was Alastair Cook’s form with the bat and captaincy. Both seemed to go hand-in-hand as the skipper looked more relaxed. England will be a confident side with James Anderson firing and the batting looking solid with debutant Jos Buttler among the runs as well.

Ever since the Trent Bridge Test, India and England are moving in to their next match with a little dose of controversy to pump up the excitement. With the matter almost laid to rest, an Indian side with injury concerns takes on England in the fourth Test at Old Trafford, Manchester. The momentum is clearly with the hosts having inflicted a thumping defeat over the MS Dhoni-led side. While the defeat at Southampton was an abject surrender, India haven’t performed as badly this series as they did in the third Test. 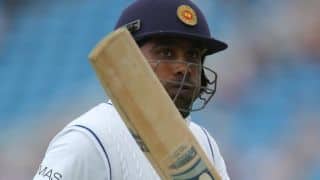