India captain Virat Kohli insisted Wednesday that his record-breaking side weren’t taking their debut home Test against Bangladesh lightly — despite dropping a batsman who scored a triple century on his last outing. After going unbeaten in the last 18 Tests, Kohli’s number one ranked team is widely expected to swat aside a Bangladeshi outfit that has never beaten top-notch opposition on their travels. And after a 4-0 win over England in their last series, India‘s confidence is so high they even feel they can drop rookie batsman Karun Nair, who scored 303 not out in the final Test in Chennai. But Kohli, who has himself scored three Test double centuries since July, said there was no danger of the world’s top-ranked Test team becoming complacent. 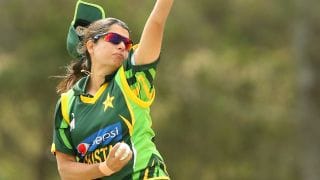