A video of England pacer James Anderson during England’s training session, ahead of their five-match Test series against India starting on Wednesday at Nottingham.

England captain Alastair Cook has admitted that it has been long since his side won a Test match and said it would desperately look to change that when the five-match series against India gets underway, in Nottingham on July 9, 2014, PTI reported.

“We haven’t won a Test in a while and we would love to get back to winning ways,” said Cook ahead of their opening Test against India. It is a tight schedule. I have never played five Tests in 40 days, in fact haven’t played five Test series against a lot of sides. So I am excited about playing a really big series against India, who are a big side and should pull in a lot of interest. It is important to get ahead in a series like this,” he said. 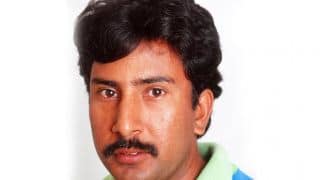