India will bounce back against New Zealand, says Shikhar Dhawan

India will bounce back against New Zealand, says Shikhar Dhawan
By CricketCountry Staff

Indian batsman Shikhar Dhawan has played down the defeat in the first Test against New Zealand at Auckland and believes that the visitors will bounce back in the second Test at Wellington come February 14.

Dhawan who scored a fluent 115 albiet in a losing cause in the 40-run defeat at Auckland says that India have it in them to shrug aside the defeat and come up trumps against the home team.

“We have been doing well as a team, but unfortunately we end up on the losing side. It is a new team, young players who have got only five-six matches under their belt. It takes a bit of time to settle down. The last Test we played, we fought back really nicely and even in the last innings, we batted really well. There are a lot of positives to take from the defeat and it helped in building our confidence,” Dhawan told reporters at the pre-match press conference. 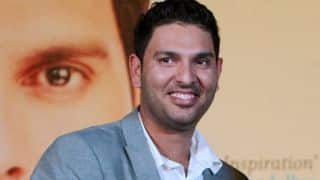