A Video of Australian pacer James Pattinson’s interview after day one of the second Test between India and Australia at the Sydney Cricket Ground (SCG).

Pattinson was again the star performer for the hosts as he grabed four wickets on day one including legendary batsman Sachin Tendulkar.

He termed his dismissal of Tendulkar as a lucky one at the SCG but said that it was a special feeling nevertheless.

“To get Sachin out is something I wouldn't forget in my life. It's a very special feeling…but it was very unlucky for him as it was quite a wide delivery,” said Pattinson (4 for 43) after dismissing Tendulkar for 41 even as India collapsed to 191 in the first innings of the second Test.

Indian batting yet again failed to counter Australian bowling as they were bundled out for 191 runs on day one at the SCG. 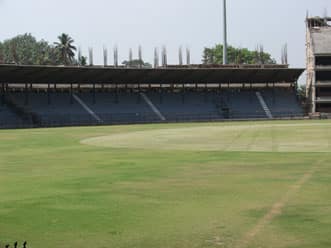