Kolkata are set to face Delhi Daredevils at the newly built stadium in Raipur on Wednesday. The side led by Gambhir has had an inconsistent campaign so far with just three wins out of the nine games they have played.

The defending champions will have to pull up their socks and look to win at least six out of the seven games remaining to give themselves a fair shot at the playoffs. The team has been a pale shadow of itself with just skipper Gautam Gambhir, Eoin Morgan and Sunil Narine putting up consistent performances in the games they've played so far. All-rounder Yusuf Pathan's form will remain a worry for Gambhr as Pathan has failed to register any noteworthy scores with the bat. 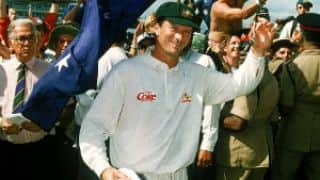 Sonny Ramadhin: The mystery man from the East who took the cricketing world by storm