This video features the victory celebrations of Kolkata Knight Riders (KKR) after their scintillating win the finals of the Indian Premier League (IPL) 2014. It features all the players and the backroom staff popping up champagne to celebrate the team’s win.

Gautam Gambhir, the Kolkata Knight Riders skipper, has expressed his disappointment at the way their victory celebrations panned out at the Eden Gardens. Amidst all the chaos, there were fans who had trouble entering the stadium and the police also had to lathi charge them.

Writing in his column for the Hindustan Times, Gambhir expressed, “I must say I was disappointed by the inconvenience KKR’s felicitation ceremony caused to Kolkatans. As it is cricket fans in India, who are the most important stake-holders, are not treated well. To make matters worse there was lathicharge on innocents. God-willing my KKR team wins many more trophies but as far as I am concerned we’re done with such felicitations.” 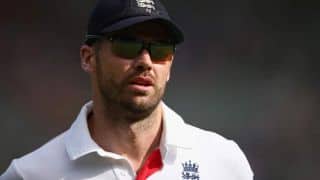