Chittu was his friend since his school days and Chotu Bhaiya is the owner of a sport merchandise store in Ranchi, who supported Dhoni since his early days in cricket, be it financially or morally.

Before becoming a big personality or a celebrity, every person has his own background. After becoming popular, those old days are always missed, cherished and remembered, especially those friends and stories, which usually remain untold despite being very interesting. Similarly, Indian captain MS Dhoni too has that kind of story in his life in which two of his childhood friends plays a very special part in his career. As it was revealed in the recently released biopic on Dhoni, titled as ‘MS Dhoni: The Untold Story’, Chittu (Seemant Lohani) and Chotu Bhaiya (Paramjit Singh) are his two best friends from the childhood.

Chittu was his friend since his school days and Chotu Bhaiya is the owner of a sport merchandise store in Ranchi, who supported Dhoni since his early days in cricket, be it financially or morally. Both are like pillars of Dhoni’s life. Irrespective of the situation, both Chittu and Chotu Bhaiya stood with Dhoni and without them, Dhoni’s untold story would have been incomplete and tasteless. Chittu and Chotu Bhaiya’s charactere were one of the major parts of Dhoni’s biopic and probably from now onwards, fans will run for them as well to take autographs or selfies. In a recent commercial of McDowell’s No. 1 Soda, these three were seen together and talking about their relation and bonding.

There was an interesting conversation of Dhoni with Chittu in the above video about taking wicket of Kevin Pietersen, which he almost did at Lord’s in the first Test of 2011. That was the first ball bowled by Dhoni at the iconic stadium of Lord’s. ALSO READ: The tragic story of Dhoni s friend who taught him to play ‘helicopter shot’

Dhoni will be seen back in action soon as captain for India’s ODI side against New Zealand and first match of the series will be played onOctober 16. 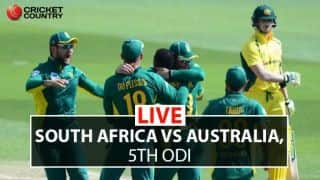