Michael Clarke's press conference ahead of the second Test at SCG

Ausrtralia skipper Michael Clarke hopes that Little Master Sachin Tendulkar hits his 100th international hundred in some other series, and not against his side.

“I hope his 100 doesn't come until the next series because I'd love to watch it on television. But he's been such a great player and certainly deserves all the credit he's received,” he said.

While acknowledging Tendulkar's mastery, Clarke believed the conditions at the SCG could test him out.

“I think there's going to be enough in the wicket. There's a tinge of green there; it's a little bit tacky at the moment. I think it's going to be quite tough to bat on day one but the sunshine obviously helps.” (PTI)

MS Dhoni’s media conference before the 2nd Test at SCG 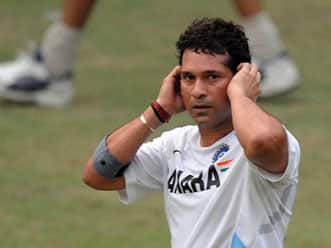