If the aggression on the field wasn’t enough, Dale Steyn in this video is seen delivering an iconic dialogue from ‘Sholay’. Steyn is asked to deliver the dialogue ‘arey oh Samba, kitne aadmi the?’ As expected, Steyn barely managed t get the emotions right but the entire process makes for a funny watch. In front of him was his teammate Irfan Pathan who did his bit as well to teach Steyn.

Steyn represents the Sunrisers Hyderabad in the Indian Premier League 2014. He has been playing the IPL since its first edition and was with Royal Chalengers Bangalore and Deccan Chargers earlier before moving from Deccan to Sunrisers and was among the two players retained by the franchise in this year’s auction. 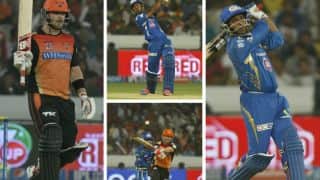 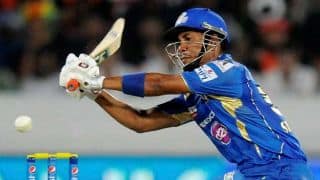