MS Dhoni says playing at Lord's will be special

MS Dhoni said that playing at Lord’s will be ‘special’ for a lot of his team-mates, who have not played at the venue before. The first Test match held at Trent Bridge ended in a draw. However, there were several positives for India – Bhuvneshwar Kumar shone with the bat and Stuart Binny made an impressive debut playing a crucial match-saving knock in the second innings. The record 10th wicket partnership of 198 runs between Joe Root and James Anderson would have frustrated the Indian bowlers to an extent, and they will look to be more clinical in the next Test match. 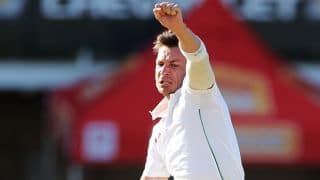