Rise of the Ashes - The Official Film

Rise of the Ashes - The Official Film
By

The satirical in a newspaper after England were beaten at home for the first time against Australia led to the start of what is today famously known as the Ashes series. It is cricket’s oldest competition.

Although historically Australia have been the more dominant of the two teams, it is England who are current holders of the Ashes after back-to-back series wins.

Ashes is a five-match series played between England and Australia alternatively at home and away.
Check out the official film of the Ashes 2013. 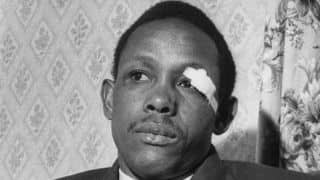 Roy Gilchrist: A fast-bowling terror whose career was cut short by his mercurial nature