VIDEO: Ajit Agarkar scores a century at Lord's against England in 2002

VIDEO: Ajit Agarkar scores a century at Lord's against England in 2002

Ajit Agarkar, primarily known for his fast bowling, scored a century at No. 8 against England at Lord s in 2002. His knock helped India put up a strong show in their chase of 568 in the final innings to win the game, but they eventually fell short of their target by 169 runs. The contest was decided by a poor first innings from the visitors: they got bowled out for 221, with Virender Sehwag, the opener, being the highest scorer for India with 84. England had, on the other hand, scored 487 runs, helped by a knock of 155 runs from No. 3 Nasser Hussain, and half-centuries from John Crawley, Andrew Flintoff and Craig White. Another strong batting outing by England in the second innings had Michael Vaughan and John Crawley scoring a century, as they declared at 301 for 6. The match seemed to be heading towards a quick end when India were reduced to 170 for 6 in the final innings, but Agarkar s resistance came out of the blue and provided a few cheers to Indian fans. VIDEO: Ajit Agarkar takes 6 for 41 against Australia in Adelaide

He added 126 runs with VVS Laxman for the seventh wicket, and also found good company from the tailenders after Laxman got out to fast bowler Simon Jones for 74. With the No. 11 Ashish Nehra, he added 63 runs in 18.1 overs to frustrate England s bowlers, before Craig White removed Nehra for 19 off 54 balls. Nehra even hit a six in his innings. India went on the draw the four-match series 1-1. 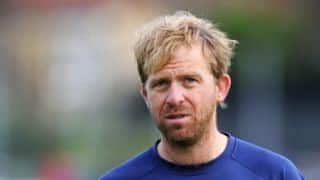 Richard Dawson: Playing Royal One-Day Cup at Lord's is 'once in a career opportunity' 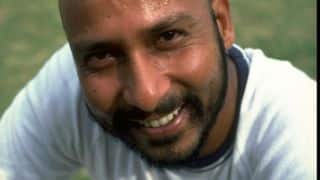