Do you remember the famous bouncer Lee bowled to Tendulkar during CB series 2008?

Former Australian pacer Brett Lee was one of the fastest bowlers in the world. Lee played 76 Tests, 221 ODIs and picked up 310 Test wickets and 380 ODI wickets. Lee has been part of two World Cup-winning teams 2003 and 2007. He was also part of four Ashes 2001, 2002-03, 2005 and 2006-07. He has played Big Bash League, Indian Premier League and retired from all forms of cricket at the end of BBL 2014-15 series. His rivalry against Indian batting legend, Sachin Tendulkar, is quite popular. Who would forget the famous bouncer during 2008 series? Tendulkar went on to score an unbeaten 117 runs.

Lee speaks about Tendulkar and becoming the brand ambassador of Cochlear. In the video, Lee said that he liked bowling to Tendulkar. Speaking about hearing loss, Lee said, “Hearing loss is a huge global public health issue.” “I can’t imagine cricket without sound – on the field not hearing the appeals and the crowd, off the field not hearing team mates, or at home not hearing family. I can’t imagine it. A cochlear implant can change all of that. I’ve seen it happen. The implant takes a person from silence to sound. It is a wonderful, life changing moment. And through the language of cricket, a game with three billion fans across the world, we can expose more people to implantable hearing technologies. We can help more people go from silence to sound.”

“When we were filming at Cochlear’s headquarters in Sydney I got to know some of their recipients and even saw some of them ‘switched on’ for the first time, when they suddenly hear sound! I saw their sheer joy at being able to hear life. It really affected me,” he explained. “I also got to appreciate all of the opportunities in life that sound brings, which is why I’m honoured to be Cochlear’s first Global Hearing Ambassador.” 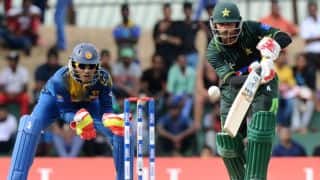