December 16, 1990. The day that will go down in Dean Jones‘s memory as one of his finest on the cricket field. The right-handed top-order Australian batsman struck what would go on to be his highest One-Day International (ODI) score during the ninth match of the Benson and Hedges World Series 1990-91 at Brisbane, and helping the Australians maintain an unbeaten run in the tournament till then. Jones struck 12 boundaries and four sixes in his 136-ball innings of 145, a whirlwind knock by the standards back in the day. Australia rode on Jones’s knock to eventually finish on 283 for 5, before restricting England to 246 for 7 at the end of the latter’s quota of 50 overs, winning the game by 37 runs. READ: Dean Jones, a trendsetter who became a legend in one-day cricket

Angus Fraser took the early wicket of David Boon, with the first wicket falling cheaply for just 24 runs. Jones, however, went on to add a 185-run stand for the second wicket with Geoff Marsh, who added 82 runs to the Australian total. Jones returned to bowl an over later in the innings, conceding six runs off it, although Greg Matthews’s 3 for 54 was instrumental in restricting the England batsmen, with wickets falling at regular intervals. Phil DeFreitas missed out on a half-century by a run even as the overs dried up for the visitors. The hosts would go on to win the tournament in style, defeating New Zealand in the best-of-three’s finals by winning the first two games by comfortable margins, while Jones would go on to seal himself as a one-day legend. 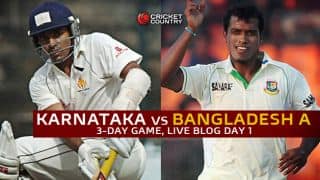