Watch Ganguly take off his shirt to celebrate India's win over England in the 2002 NatWest Trophy final.

On this day, July 13, almost 13 years back, Sourav Ganguly led a bunch of young cricketers to win the NatWest ODI series final against England.

Sourav Ganguly took off his shirt to celebrate India’s win over England in the 2002 NatWest Trophy final. India came from behind to chase down England`s 325 in the NatWest triangular series final at Lord`s in 2002.

Yuvraj Singh and Mohammad Kaif, stole the thunder from the Englishmen. The two-wicket defeat with three balls remaining was a big blow to the home team, who thought that they had the match in the bag when India were tottering at 146 for 5 at one point. 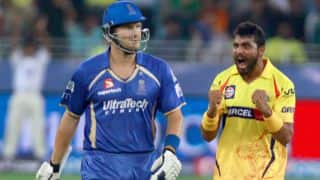