India lost the first T20I even after posting a mammoth total.

After losing the first T20I of India vs South Africa 2015 T20I series, India will be looking to bounce back in the second T20I to be played at Barabati stadium in Cuttack. This match will be played on October 5, 2015. It will be a day-night game and it will be interesting to see how India fares in the game having l0st the first T20I match at Dharamshala even after making a big total. India were defeated by seven wickets in the first match after the late assault by South African middle-order batter JP Duminy. Indian bowlers did not bowl in the right areas and they did not give correct variations in their bowling. Also, due made things difficult for Indian bowlers. India, batting first made a mammoth score of just a run short of 200. READ: Rohit Sharma 2nd Indian to slam century across formats, during India vs South Africa 1st T20I at Dharamsala

Rohit Sharma made a brilliant hundred and Virat Kohli also chipped in with the bat later on. But the bowlers failed to capitalise over batters work. The wicket was grassy and offered a lot of bounce and movement so it was something new which we don’t often see in India. Besides Duminy, AB de Villiers too helped South Africa reach the hefty target and they got it with two balls to spare. The visitors will be hoping to seal the series in Cuttack but the conditions at Barabati stadium in Cuttack may not suit them. Indians will have to pull up their socks after the flop show in Dharamshala. Rohit Sharma: South Africa s bowling unit is inexperienced David Miller: Momentum and confidence most important for South Africa 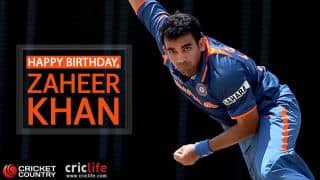