In this video,  England all-rounder Moeen Ali speaks to the media ahead of the final game of the One-Day International (ODI) series. Moeen believes that there is still a lot at stake for England in the final ODI against at Headingley, despite India‘s unassailable 3-0 lead in the five-match series.

“Sitting on the sidelines for the first two games, watching the way Indians bat, watching someone like Suresh Raina in the first game, they were in trouble and he came out and played the way he did. You can learn a lot from the way they approach it, with no fear and just back themselves to play their shots.

“If there is a risk, they just take it. Sometimes it doesn’t come off but as a team if we can all do that and execute the plan like I say then we will be fine,” Ali said on the eve of the final ODI match at Headingley on Thursday.

England lost the fourth ODI by 9 wickets as India took an unbeatable 3-0 lead in the five-match series. Ali though, who struck a 50-ball 67 to help England gain some respect while batting first in Birmingham, still believes that the team has the hunger to win. Mitchell Johnson feels that South Africa can be vulnerable 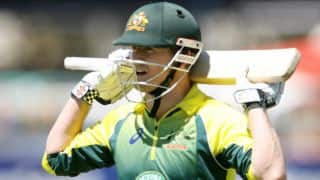