Indian captain MS Dhoni called the defeat in the first Test against New Zealand as a huge learning curve for the younger crop of players and hoped that his team would bounce back with a vengeance in the second Test in Wellington.

Second-placed India are trailing the two-match series against New Zealand 0-1 after losing the opening game by 40 runs.

South Africa are the clear leaders on the table with 133 ratings points, while Australia currently sit third with 111 ratings points.

South Africa will retain the number-one position on the table irrespective of the outcome of the series. However, there will be a keen tussle between India and Australia for second position.

Australia will move into second position if they win the series, irrespective of the result in the second Test between India and New Zealand in Wellington, starting from February 14. 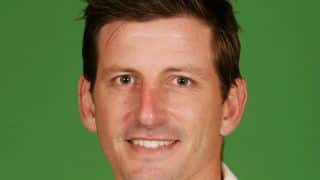