Indian captain Mahendra Singh Dhoni praised the performance of Mohammad Shami and co. in for their efforts in the first Test match against New Zealand, which ended in defeat for India.

In the five Tests since his debut against the West Indies in November 2013, Mohammad Shami has shown complete control of line and length and while the rest of the Indian bowlers have been faltering in the ongoing tour of New Zealand, he is fast emerging as the bowling spearhead.

Shami was the star of the Indian bowling in the second innings of the recently-concluded first Test against New Zealand, which ended in a 40-run defeat for the visitors.

But Shami made an impression taking three for 37, rattling the top-order of the Black Caps in the second innings, and set his team on a comeback path in the match after their first-innings performance had more or less closed that door.

At the start of play on day one, he bowled with fire, using the bounce in the Eden Park pitch to good effect. During the One Day Internationals(ODI) series, skipper Mahendra Singh Dhoni had emphasised on the ‘need to aim the bouncers well’. And Shami did so, making both Peter Fulton and Hamish Rutherford jump around. 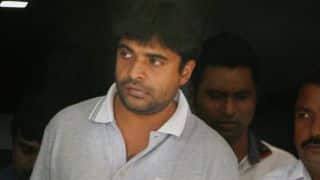 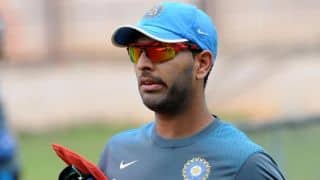