The Sri Lankan attack studded with stars like Muttiah Muralitharan and Chaminda Vaas were left clueless.

Mahendra Singh Dhoni made his international debut in 2004, but it was in 2005 that Dhoni really established himself as an amazing finisher in the limited overs format. A young, long-haired Dhoni, first announced himself to the world with a thundrous knock off 148 that came in 123 balls against a formidable Pakistani attack.

He went on to reaffirm his status as a big-hitter later in the same year against Sri Lanka. The Sri Lankans had amassed a dominant 298 runs in the first innings. Dhoni came out at India at 99/2, with the match still in balance. But in no time the match that looked destined for a thriller of a finish was shot into a one-sided affair in favour of India as Dhoni smashed one boundary after the other.

The Sri Lankan attack studded with stars like Muttiah Muralitharan and Chaminda Vaas were left clueless. Dhoni looked invincible on his way to a mammoth 183, which consisted 10 sixes and and 15 fours. Ultimately India won by 6 wickets with 3.5 overs to spare and Dhoni remaining unbeaten. 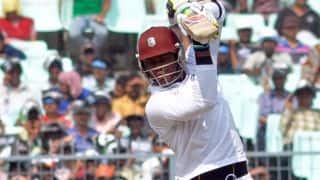 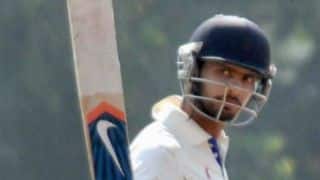