MS Dhoni’s media conference before the 2nd Test at SCG

Indian captain MS Dhoni said during his press conference on Monday that his side's confidence has been affected by their five consecutive losses overseas. After losing four Tests to England in July-August last year, India lost the opening Test to Australia by 122 runs at Melbourne.

“It does affect it (team confidence) a bit, but it's not something to get bogged down about because we all know as to what exactly happened and you learn a lot from the mistakes that you make so we are looking at the positives. In the last five Test matches abroad that we have lost we have still had plenty of positives,” Dhoni said ahead of the match.

“We need to improve as a unit, rather than just improving as a bowling or batting side. Unlike in England, we have not faced a lot of injuries here so it's a positive. The Australian team will have to keep the pressure on the batting line-up and the bowlers also at the same time,” he added. 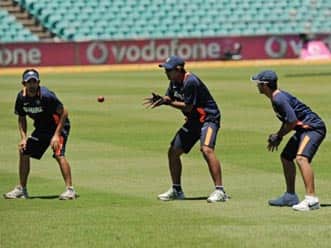 Fans, media asked to stay away from India’s training session