A video press conference of Australia captain Michael Clarke after their six-wicket loss against India in the third Test match at Mohali.

According to PTI, Michael Clarke's participation in the fourth and final Test against India is shrouded in uncertainty due to his sore back, which has opened up the possibility of Shane Watson taking over the mantle in case the regular skipper misses out.

Clarke said if he is ruled out of the match, Watson, one of four players to be suspended on disciplinary ground ahead of the third Test, will lead the side in the match starting in Delhi from March 22.

"If I am unavailable due to my fitness, I don't know…I haven't spoken to the selectors, but I would imagine that Watto will be the captain, that's for sure," Clarke said. 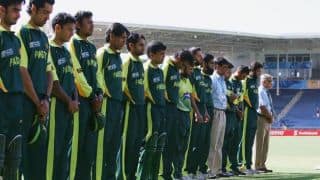