Kumar Sangakkara may have been destined to become one of the greatest cricketers the sport has produced. However, behind Kumar’s success has been the constant scrutiny and direction of his father, Kshema. Kumar, over the years, has went on to say how critical his father has been about his game. In an interview to Andrew Fidel Fernando of ESPNCricinfo, Kshema said, “Actually, he has never reached my expectations. That’s what I say, and any day I will say that. A batsman has certain basic attainments. You see, now, for example, Don Bradman was one person whose every other match gave him a century. A top-class bat must always reach that standard. According to Bradman, it is he who gets out – the bowler can’t get him out. So Kumar must perfect first the art of not getting out, and the balance will work for itself.”

In a video above, Kumar Sangakkara’s father Kshema is seen giving coaching tips to his son.

Cricket historian Arunabha Sengupta writes, “His batting was too priceless to squander for the extra value he brought in as a stumper — hence he had to give up the role in Tests. Indeed, as a specialist batsman he averages close to 70. In the One-Day game, he has performed both the jobs with success — although not as prolific as in the longer format. He was a rather reluctant captain — the selectors initially preferring the more down to earth diplomacy of Mahela Jayawardene. Sangakkara accepted his buddy’s leadership, becoming a loyal advisor. Their friendship and contribution to Sri Lanka’s cause were sealed when they added 624 against South Africa at Colombo. Sangakkara did become skipper in 2009. He led in 15 Tests — winning five, losing three. He also led Sri Lanka to the finals of the World T20I in 2009 and the World Cup in India in 2011. Later, as the best batsman of the side, he guided them to the ICC World T20I crown in 2014.” 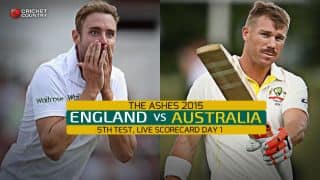