Ricky Ponting and a collection of his greatest strokes

Ricky Ponting and a collection of his greatest strokes

Ponting scored incredibly during the period, culminating with eight hundreds in 2005-06.

If there’s one thing Ricky Ponting taught international attacks for nearly 20 years, it’s that you shouldn’t bowl short to him. Watch it to feel it.

Undisputably the best batsman of the world during the first half of the first decade of the century, Ponting scored incredibly during the period, culminating with eight hundreds in 2005-06. Backed by the likes of Ian Chappell to take over the mantle of highest runs and centuries in Test cricket from Sachin Tendulkar, he could not quite manage that as the Indian master went through an incredible second wind. But, his achievements with the willow nevertheless remain fantastic. 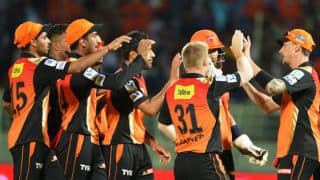