Former New Zealand captain Ross Taylor has praised the lynchpin of the Indian bowling attack, Zaheer khan for his expertise in his craft and mentioned that he was looking forward to facing him in the Test series.

His 20-hour marathon for 495 runs in five Test innings against West Indies was backed up in nine home One-Day Internationals (ODIs) where he averaged 51.62.

According to Stuff.co.nz, the former captain will go into the upcoming Tests against India at a career-high world ranking of No 3, while his ODI ranking also moved to 10th, closely followed by the similarly dominant Kane Williamson at a career-best 11th.

Taylor said that he just tries to be consistent across all three formats as possible by keeping his routine and his mindset as simple as possible and sticking to the gameplan for as long as he can.

He added that although he is aware that he can bowl as well, he believes that with the new ODI rules, it is not necessary to bowl as much. 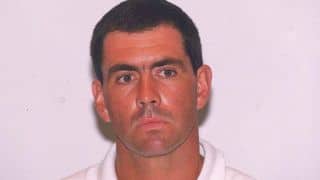