Sachin Tendulkar scored 111 of just 101 balls, taking India to a total of 296 against South Africa.

Sachin Tendulkar, was in prime form during the ICC World Cup 2011 which was his last appearance in the mega-event. Runs flowed from his bat almost incessantly throughout the tournament and to a large extent was responsible for India lifting the prize. He scored a fabulous century against South Africa at Nagpur, treating the crowd to some juicy shots.

The South African attack boasting bowlers like Morne Morkel and Dale Steyn had no clue about how to stop the master-blaster. He scored 111 of just 101 balls, taking India to 296. But South Africa overhauled India’s total with half centuries from the bats of Hashim Amla, Jacques Kallis and AB de Villiers. 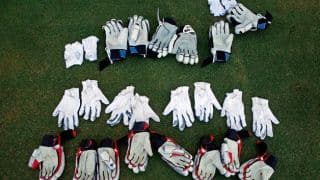