With intense speculation on England off spinner Graeme Swann’s parting shot with the tweet ‘ some of them have no idea how far up their backsides they are’ after his retirement , Shane Warne claimed to know the target Swann had intended to fire his bullet at.

The panel of experts that were discussing the boxing day Ashes Test on Thursday included David Lloyd, Michael Slater and Shane Warne.

While the former Australian opener thought it was Kevin Pietersen, Lloyd opined that the tweet was not restricted to any nationality and questioned to players with a lackadaisical attitude from India , South Africa and even Australia.

Shane Warne, having the final say was sure that the controversial tweet was targeted at Stuart Broad, whom Warne was livid that was walking around in crutches for the past week but had no trouble sprinting down during the warm-up session  before the start of the day’s play. Warne also thought its hard to push oneself when the body can’t take the crushing rigours of cricket anymore. 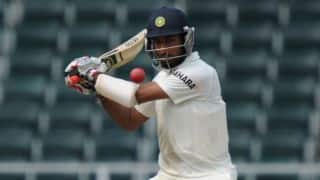