New South Wales clinched their first Sheffield Shield silverware since 2008 with Australia’s latest sensation Steven Smith continuing  his rich vein of form as the the summit of  Australia’s premier trophy with  Western Australia finished in a stalemate.

The Blues only needed a draw to seal the title in the five-day final. They were in command of the match after scoring 447 in their first innings before dismissing the Warriors for 180.

NSW reached 197 for four in their second innings on the final day in Canberra, with Smith unbeaten on 103, ending WA’s hopes of a first title since 1999. Most of day four was washed out. 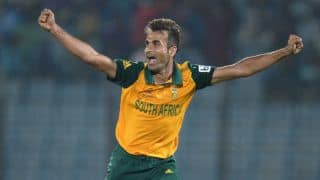