South Africa finally got to witness some Proteas magic live at their backyard, including some fireworks from AB de Villiers and Hashim Amla, when they took on New Zealand in the first Twenty20 International (T20I) at Kingsmead in Durban on Friday. South Africa T20I skipper Faf du Plessis was especially ecstatic about the return of AB to the side, as was evident at a press conference ahead of the tour opener, in which he was all praise for the explosive batsman. “From a team perspective, it is great to have AB back. He’s a great leader, and obviously a fantastic talent, so any team would be extremely happy to have him in their team,” Faf was quoted as saying at the press conference. READ: South Africa beat New Zealand by 6 wickets in 1st T20I

The Proteas won the toss and elected to field first, with de Villiers captaining the home side in place of the injured du Plessis. New Zealand skipper Kane Williamson opened the innings with Martin Guptill and guided the visitors off to a flying start. They however lost their way during the middle overs, Guptill’s run-out sparking off a collapse that saw the Black Caps lose their last eight wickets for just 49 runs.

South Africa, in reply, lost the wicket of Morne van Wyk with just 35 runs on board. Amla (48), de Villiers (33) and Rilee Rossouw (38) then steadied the innings with consecutive 50-plus partnerships, taking them to the brink of victory. New Zealand took a couple of late wickets to reduce the margin to six from eight wickets. 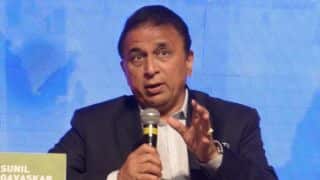 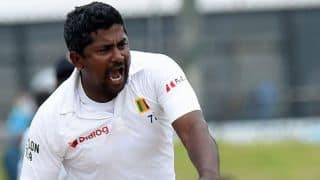 Rangana Herath: Being dropped from the team is 'bread and butter' for me