Stuart Broad is an integral part of the England bowling attack and is a good friend of Cook. Broad says that he is disappointed after Cook got the was dropped from the squad. But Broad believes that Cook understands his removal from the squad as this is a “result based business”. Cook was axed as he had a series of poor performance with the bat and his side didn’t perform as well as the board wanted. 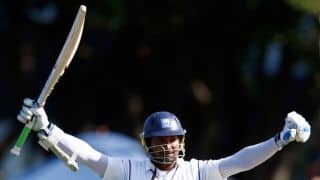