Stuart Broad look back on a busy summer

Stuart Broad look back on a busy summer
By CricketCountry Staff

In this video, Stuart Broad talks about the busy summer and his knee injury that needs an operation this week. He also spoke about England’s brilliant performance in the Test series against India.

Recently, despite meekly surrendering to England in the Test series, the ODI series has brought out the youthful exuberance and verve that has been a significant part of their trimuphs in recent times. After the first ODI at Bristol was washed out due to rain, the Indian team went on to beat the hapless hosts convincingly in the next three ODIs to take a victorious lead of 3-0 in the series. With this victory, India have registered only their second bilateral ODI series victory in England. 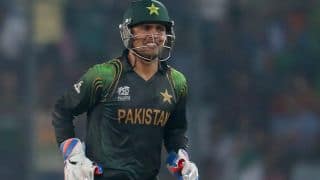