Sunny Leone was in the stands, cheering for the KXIP alongside Preity Zinta.

Leone’s presence during the match had no positive impact on the struggling KXIP team, as they succumbed to a 23-run loss to the Mumbai Indians. Lendl Simmons was the top scorer for Mumbai Indians and in the match with 71 off 56 balls. IPL 2015 Highest wicket-taker: List of best bowlers in IPL 8

The pitch wasn’t exactly conducive to attacking batting and most KXIP batsmen fell going for the big hits. Reportedly, Leone was at the match as part of an endorsement commitment with Manforce condoms, who are also one of the sponsors of KXIP. 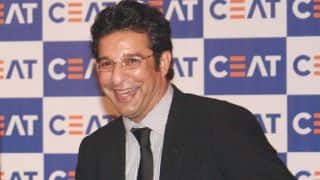