Tendulkar should retire at peak of his career: Miandad

Tendulkar should retire at peak of his career: Miandad
By CricketCountry Staff

Former Pakistan cricket great, Javed Miandad has said that India's batting maestro, Sachin Tendulkar must retire while he is at the peak of his career, and the willow strokes by him are fetching runs.

Miandad also downplayed talks of pressure on the India and Pakistan teams, ahead of their friendly warm-up game later today, in the run-up to the Twenty20 World Cup, in Sri Lanka.

Imran Khan too opined India batting legend Tendulkar should leave on a high, and not at the mercy of selectors.

"Sachin is such a great player but I can only say if I were in his position, I would want to leave on a high and my greatest worry was that I should never be at the mercy of the selectors,” Imran said.

The cricketer-turned-politician said a player like Tendulkar could never be at the mercy of selectors, but added that if he would have been at Tendulkar’s place, he would have pondered about his recent performances.

“Why put yourself in such a position. I mean Sachin, what a brilliant record he has. Would he not want to? Again I put myself in that position, my greatest worry was that I would not be able to perform best to my abilities. So people will not remember me for when I was at the peak but when I was leaving my career,” he said.

"I think Sachin is such a great player and people are emotionally attached. I can understand the Indian public, who has been watching him for 23 years. They can't imagine life without Sachin,” Imran was quoted as saying by NDTV. 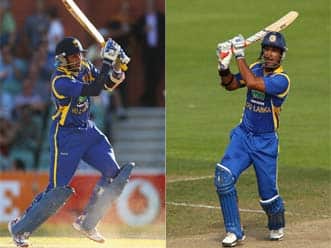