The impact of cricketers on next generation

The impact of cricketers on next generation
By CricketCountry Staff

This video shows the impact cricket players have on the next generation. Australian cricketers are interacting with kids. Meanwhile Nathan Lyon has been recalled to the Australian One-Day International (ODI) squad, for the two-week triangular series in Zimbabwe. This will give Lyon a chance to push for a berth in the upcoming ICC World Cup 2015.

“[Lyon] hasn’t played a one-day game since West Indies in 2012, on small grounds against big hitters and I think his confidence suffered a little then. He’s fought his way back confidence-wise with his bowling, he’s been bowling beautifully in Test match cricket. And because we know exactly what Xavier Doherty can do, we’ve given [Cameron] Boyce a real good run [in the recent Australia A series] so we know what he can do, and [Steve] O’Keefe’s been injured we thought [it was] an opportune time to give Nathan another crack at it to see how it all comes up. ”, Australian selector Rod Marsh was quoted as saying by cricket.com.au.

“Nathan was first discovered in the limited overs form of the game and bowled very well in that so we’ll have a look at him over there [Zimbabwe] and see how he’s going.”, he added. 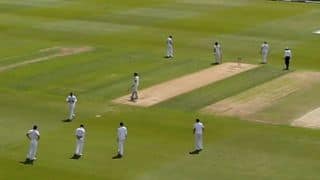 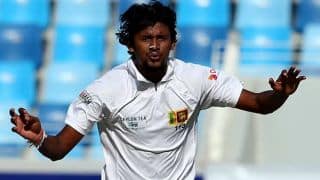