David Warner indicated that he knows his role as vice captain.

David Warner was confirmed as Australian vice-captain following Michael Clarke‘s retirement which saw Steven Smith being elevated from the post of vice-captain to captain. Warner has not yet been given any instructions about his new role, but expressed confidence in his abilities to learn on the job. According to Warner, most of the vice-captain’s role lies in making life easier for the captain who undergoes a lot of media scrutiny. But Warner clarified that the new found responsibility was not going to let his ‘funny’ characteristics suppress. ALSO SEE: David Warner named vice-captain of Australian Test side

“I think you know as a person what you have to do,” Warner said when asked if he was given special instruction to take position in his new role. “I see my job and responsibilities are to take a lot of it (responsibility) off Steve (Smith) because I know what comes with being a captain, we’ve seen it in the past under our previous leaders,” Warner told cricket.com.au. ALSO READ: David Warner expresses pride in being appointed Australia vice-captain

“How much time it does take out of your day, and when you’re on tours, especially like this one, you’re going to have a lot of media, a lot of questions to answer. So for me it’s about helping Steve to lead this team from the front and take some of those responsibilities off him,” Warner explained. POLL: Will Steven Smith be a better captain than Michael Clarke?

I’ll still give that banter, obviously in our team, sometimes we are serious and sometimes we do joke around a lot. Each team needs a few characters and I see myself as being that character sometimes, and I will probably try and continue to be that funny person. It’s not about sledging. It’s about encouraging your bowlers and getting into the mind of the batters,” Warner said. 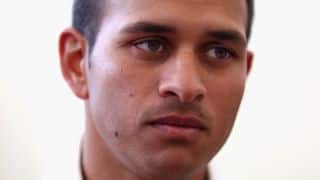