Michael Vaughan joined hundreds of cricket fans who have faced three deliveries from James Anderson this summer. Vaughan strapped on the Oculus Rift headset to experience a trio of balls from the England legend. Swing merchant James Anderson has been England’s strike force in recent times. In fact, he is England’s highest wicket-taker when all three formats of the game are considered. If we trace Anderson’s career, Lancashire’s then player-development manager John Stanworth was impressed by his potential and persuaded the coaching staff to have a look at him. Actually, Lancashire wanted to hire an overseas professional. But Anderson impressed them, and they picked him for the 2002 Championship. Ashes 2015: England did not create enough pressure, admits James Anderson

Anderson caught the eye of Marcus Trescothick. When England’s touring party to the Ashes in 2002-03 was ravaged by injuries, Trescothick recommended Anderson’s name to Nasser Hussain. Anderson subsequently made his ODI debut in Australia. Anderson also performed well in ICC World Cup 2003. He then proceeded to take a 5-for on his Test debut against Zimbabwe at Lord’s in 2003. Since then, he has had his fair share of ups and downs.

Anderson’s action was remodelled during the tenure of Troy Cooley as the bowling coach, and he struggled for rhythm. However, since going back to an action that is based on his oldone, he has been successful. There were still doubts about Anderson’s ability to succeed in alien conditions. But he silenced his critics by generating appreciable seam movement and snaring 24 wickets in Australia in 2010-11. During that time, Anderson also did well in United Arab Emirates (UAE), Sri Lanka and India. 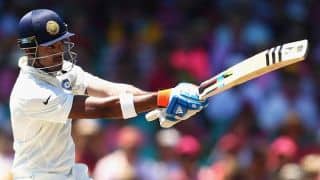 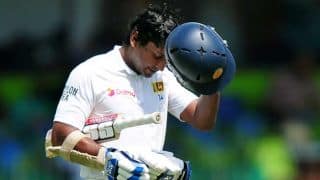