Mitchell Johnson is the latest Australian cricketer to announce his retirement from international cricket.

Former Australia fast bowler Mitchell Johnson was given a lap of honour around WACA, Perth after the match between India and Australia. Australia had beaten India in the first match of the series and Johnson along with his daughter went around the stadium in a car as Johnson received a thunderous applause from the audience present at the ground. Johnson’s wife Jessica was also present in the stadium. Johnson retired after the second Test against New Zealand at Brisbane and will be remembered as on of Australia’s finest bowlers of all time. He terrorised the English batsman during the Ashes 2013-14, which was perhaps the best series of his career. FULL CRICKET SCORECARD: India vs Australia 2015-16, 1st ODI at Perth

Johnson says that he has not thought about the game much since he retired, but after seeing the first delivery of the morning, he felt the adrenaline rush that he used to get during match days. But he believes that he made the right call as he is happy not to wake up with pain and cramps in the mornings, especially after matches. Looking as the tight schedule Australia have in the year, Johnson says that he is happy to have retired looking at it. READ: India vs Australia 2015-16: Sunil Gavaskar says absence of two Mitchells – Johnson and Starc will hurt the hosts

Johnson has played 73 Tests and 153 One-Day Internationals (ODI) in his career spanning for over 10 years. He finished as Australia’s fourth highest wicket-taker in Tests with 313 scalps at 28.40. He also has 239 wickets to show for his efforts in ODIs. He was not particularly bad in the shortest format as well as he finished with 38 wickets in 30 matches. READ: Steven Smith and I failed to convince Mitchell Johnson to reconsider retirement: Darren Lehmann 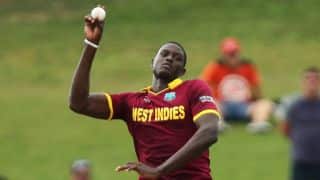 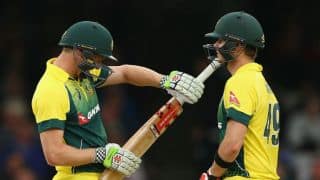 India vs Australia 2015-16: George Bailey in awe of Steven Smith