He tries to leave the ball and Mohammad Asif's in-swinging delivery shatters his off stump.

AB De Villiers doesn’t use his bat and pay’s the price! He tries to leave the ball and Mohammad Asif‘s in-swinging delivery shatters his off stump. He did’t even try to touch the ball because he fails to judge the line of the ball. The incident happened in 2007 during the Afro-Asia contest in India. De Villers, who was during the initial stages of his career was still a force to reckon with as he got the first team chance in the Africa XI side, that comprised of players form South Africa, Zimbabwe and Kenya, while Mohammad Asif was rising to the fame with his lethal fast deliveries. SA vs NZ 2015: Faf expresses delight over AB’s return

Recently, keeping in view South Africa’s upcoming tour of India, former Indian fast-bowler Praveen Kumar has said that De Villers is patiently waiting for Indian bowlers to experiment. “AB is expecting you to bowl six different deliveries at him. He is waiting for you to experiment with your lines and lengths because he then can hit you anywhere he pleases. I have always believed in bowling good length to him. Six balls on the same spot with unwavering accuracy. You cannot try to beat him at his own game. He wants you to get overawed, but you cannot afford to let him dictate your mindset. It’s important that you are not looking at what he’s doing at the crease. He will move around, jump at you and try to get into your mind. But your job is to simply look at that spot where you want to pitch the ball,” he said. Mohammad Asif admits innocence in spot-fixing row 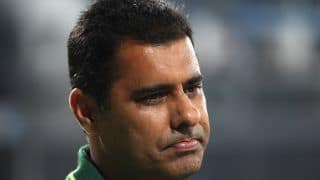 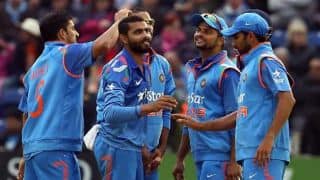 POLL: Should Indian players be allowed to participate in Big Bash T20 League?