New Zealand batsman Ross Taylor feels contribution to team's cause is more important rather than focusing on personal milestones.

Ross Taylor remains a key element in New Zealand s batting line-up should not come as an understatement. Taylor had a breakthrough year in 2018. He scored 639 runs from 11 matches, averaging 91.28, and began the year on an emphatic note with 281 runs from three innings against Sri Lanka, a series which New Zealand slept. After a small stutter against India, Taylor made 130 runs from two innings against Bangladesh. And in the two innings he s batted in the World Cup, Taylor has produced knocks of 82 and 48.

Never get too carried away in this game of cricket. I m pretty happy. I had a big push for this World Cup. I m not getting any younger. It s still a long way to go in this tournament. As I said, still got some big games to go. Never get too carried away, but hopefully the confidence and the runs can continue for a bit longer, he said about his current form.

I didn t bat in the first game. It s not a bad thing. I think my position at 4 is to bat in the situation as best as possible. If the openers go well, you play accordingly and vice versa. You try to adapt as quick as possible.

In terms of going out there and getting numbers like that, if you re winning games of cricket and help contribute in any way possible, first and foremost, that s what you want to do. Whatever your stats are at the end of the tournament, if you make the semi-finals, finals, win the trophy, they become irrelevant, and that becomes the main focus.

I think, if you talk to most players on the team, it s about contribution, and if you do that, then they ve done their job. 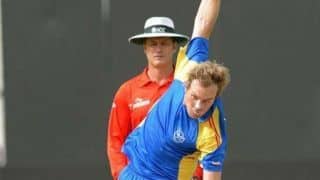 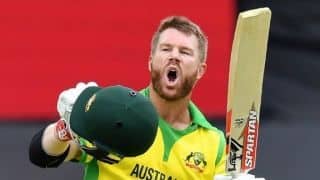