Video: Regardless of what kind of form Pakistan go in with, they're always incredibly dangerous: Aaron Finch

Video: Regardless of what kind of form Pakistan go in with, they're always incredibly dangerous: Aaron Fin

Having lost against India in their previous game, Australia will be keen to return to winning ways as they take on Pakistan. 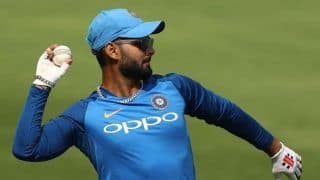