The moment was special and the Australian celebrated the 10th anniversary of that dismissal in July 2015.

Shane Warne’s delivery to Andrew Strauss during second Test at Edgbaston of Ashes 2005 is arguably one of the best moments in the history of this rivalry. When the English openers were set on a partnership of 112 runs, Warne produced a magical delivery that is still remembered across the cricket fraternity. The moment was special and the Australian celebrated the 10th anniversary of that dismissal in July 2015. The ball was pitched well outside off (6th stump), Strauss tried to bock the ball away with his leg since he assumed it would impact well outside the off stump. But it spun so acutely that it went past him to crash into his leg stump. READ: Happy Birthday Shane Warne: Australian spinner gifts himself luxurious car

The legend turned 46 recently. He had wished himself a very Happy Birthday on his social media account on Twitter. He gifted himself the new C63S limited edition 1 car and posted a picture of the game on his instagram profile. Warne, the Australian leg-spinner was the first bowler in history to take 700 Test wickets. Only Muttiah Muralitharan (800) has more wickets than him in a Test career. In just 194 ODIs he took 293 scalps at a superb average of 25.73 and strike rate of 36.3. Added to that is his miserly economy rate of 4.25, with as many as 12 four-wicket hauls but just one fifer. 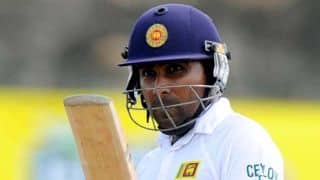 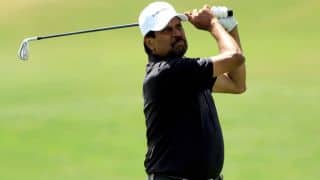