Mashrafe Mortaza hopes Bangladesh have earned respect with their impressive 21-run win over beleaguered South Africa in their World Cup opener on Sunday.

Mashrafe s side posted 330 for six as Mushfiqur Rahim (78) and Shakib Al Hasan (75) laid the foundations of their impressive display at the Oval.

Mahmudullah s boisterous 46 not out from 33 balls pushed Bangladesh past their previous highest one-day international total of 329 for six against Pakistan in 2015.

Attempting to become the first team to successfully chase more than 330 to win a World Cup match, South Africa fell short at 309 for eight. 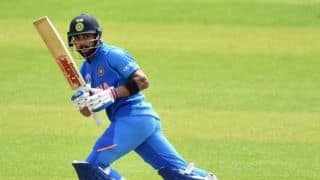