VIDEO: The history of Asia Cup in numbers

VIDEO: The history of Asia Cup in numbers

A look at some key numbers regarding the Asia Cup, including who is the leading run-getter, wicket-taker and even the maximum number of ducks recorded.

Six teams will contest the 2018 Asia Cup, to be held in the UAE from September 15-28 defending champions India, Pakistan, Sri Lanka, Bangladesh, Afghanistan and Hong Kong.

Since the inception of the Asia Cup in 1984, India have won the title on six occasions (including in 2016 when it was played as a Twenty20 format edition), with an overall record of 32 wins, 16 losses and one no-result.

Ahead of the tournament opener between Sri Lanka and Bangladesh in Dubai on Saturday, a look at some key statistical highlights of the Asia Cup from 1984 to 2016. Who is the leading run-getter, wicket-taker? Or even the maximum number of ducks recorded by a player. 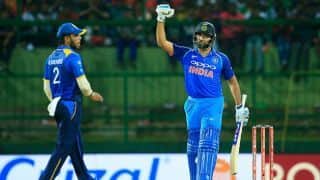 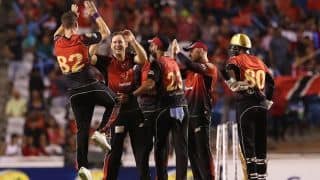