VIDEO: Virat Kohli hammers Lasith Malinga for 24 runs in an over

VIDEO: Virat Kohli hammers Lasith Malinga for 24 runs in an over

Virat Kohli’s ferocity helped India get to the target in 36.4 overs!

Virat Kohli’s innings of 133 off 86 balls during India’s win over Sri Lanka in the 2012 CB Series has been a phenomenon. Kohli smashed 16 boundaries and two sixes during his whirlwind 86-ball knock. In the process, he completed his ninth ODI ton and his second against Sri Lanka in 76 balls. Kohli shared two century stands — 115 runs off 109 balls with Gautam Gambhir and then of 120 from only 55 balls with Suresh Raina. Statistical gems were unravelled to portray the degree of difficulty of the 23-year-old epic display against monumental odds. Guess how many batsmen batting at No 4 or lower have scored more than Kohli’s knock of 133 in One-Day International (ODIs) run-chases? Your jaws would drop to know that there has been just one batsman – Scott Styris – in 3251 ODIs to surpass Kohli’s effort!

Unlike Kohli, Styris’ knock of 141 – against Sri Lanka at the ICC Cricket World Cup 2003 – came in a losing cause. Chasing 273, the Kiwis had lost both their openers with just two on the board. Styris walked in at four and took the responsibility of rallying the New Zealand run chase. Although New Zealand fell way short of the Lankan challenge, Styris’ effort is highly admirable considering the fact that it came against Chaminda Vaas and Muttiah Muralitharan – two prolific wicket-takers in one-day cricket.

However, Kohli’s 133 not out acquire greater meaning not only because he stayed till the very end to help India get to a seemingly unachievable target and keep their hopes alive in the championship. Kohli’s brilliance helped him get his 133 in just 86 balls, compared to Styris’ 145 off 125 balls. It was a do-or-die battle for India and the youngster was under tremendous pressure to help India get to that the target in 40 overs. Eventually, Kohli’s ferocity helped India get to the target in 36.4 overs!

That the opposition had in its ranks the most dreaded bowler – Lasith Malinga – in overs-limit format was no barrier for Kohli. He left the Lankan paceman shell-shocked with the kind of devastation he has never been subjected to. Those who witnessed the sensational attack would love to tell their grandchildren the day the world’s most difficult bowler was toyed around like a schoolboy rookie! Unbelievable! 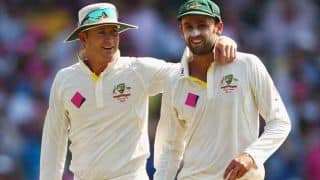 Analysis of England’s 100 Test wins by an innings